I’ve always listened to 104.7 The Fish from the moment it came on the air in 2000.  I remember calling the request lines and asking “who sang that song?” I called many times as there wasn’t a Christian radio station in town that I knew about.  Ironically, Kevin Avery (now of the “Kevin and Taylor” morning show) was answering the phones before there were even disc jockeys!

Recently the radio station announced a contest called “Show Your Fish” which encouraged listeners to create an image that represents your best “Show Your Fish” design or idea and upload it on social media using the hashtag #ShowYourFish.  I knew this was a contest I wanted to enter!

I went to my basement and got a piece of poster board, went online, studied the logo for 104.7 the fish and then drew a fish, cut it out and placed an eye and logo on it. Then on that mostly cloudy Sunday I ventured over to my friends pool and placed my GoPro camera in the deep end of the pool.  I placed my fish in water and swam to the bottom of the pool and found it difficult to stay under with lungs filled with air so I’d exhale, go under and position myself for the camera.  Because the camera was snapping photos every couple of seconds I felt confident there would be a usable image when I loaded the sd card into my computer.  There was!  I narrowed the photos down to two out of a couple hundred!  I instantly posted the photo on social media using the qualified #ShowYourFish.  But the next day I thought wait, there can be many fish as it’s plural too!  So I took to photoshop and digitally added additional fish to keep me company.  I added even more fish to my second image and the result is what you see below. 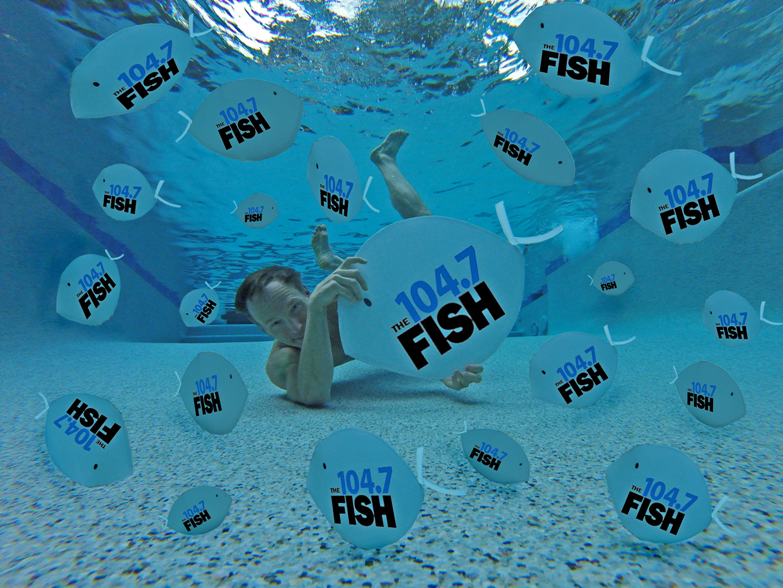 Since I listen to 104.7 The Fish all the time I just had to make sure that I listened at 8:40 a.m., 12:40 p.m. and 5:40 p.m. for my name.  I set alarms in my phone just to make sure I heard every name….days later on Wednesday at 12:40 I turned the radio up louder and just felt my name was going to be announced.  IT WAS! Parks Stamper called out my name!!! I was so excited!! I phoned in and claimed by prize, $100 in cash!  I just smiled  and thanked God for the amazing opportunity.  Winning a prize from a radio station brings me so much joy and reminds me of the days in High School where I listened to my favorite radio station trying to win a prize.  I guess it’s why I love The Price is Right for the unexpected joy that comes with getting through on the phone and speaking with the disc jockey and hearing yourself back on the air. 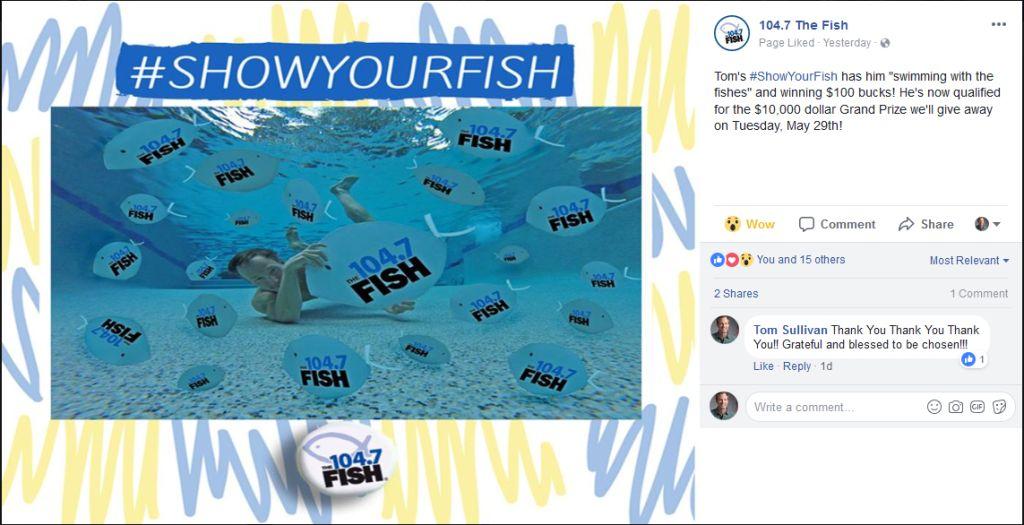