The Price is Right 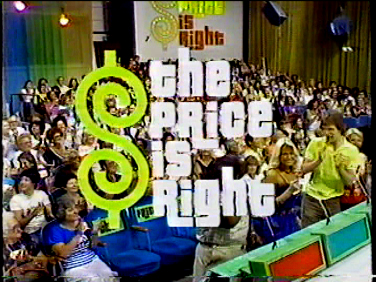 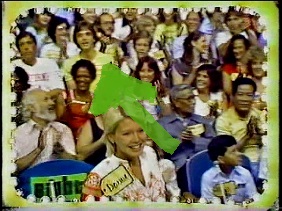 The Price is Right!!

I remember watching The Price is Right when I lived at the beach during the summer.  “A New Car!!” Johnny Olson would yell with delight.  I wanted to be on that show so badly that I saved my money from washing dishes at a local restaurant and made the trip to California.  I met my sister and we drove to Hollywood.  The next morning we arrived at 7 a.m. to line up and start the audition process.  I received my name tag and filled out a form.   A few hours later we returned and lined up according to our numbers.  At this point producers were seated in directors chairs and groups of four would approach them like marching ducks.  Simple “how are you” questions to gauge our personalities and see if we would be a good contestant for TV.  I had enough energy to light the Hollywood hills!  When we got inside the studio, I sat mesmerized seeing my favorite TV show in person.  And an hour later the lights came up and the music started!  “Here it comes, Televisions most exciting hour, the fabulous 60 minute Price is Right!”  The first name was called and Donna ran down the aisle to contestants row.  You can see me anxiously awaiting my name behind her in the audience:

I loved the behind the scenes action you don’t see on TV like every time a name is called, 3 people spaced around the stage reveal huge cue cards with your name written in big letters so you can read what you often couldn’t hear inside the loud studio.  And then it came…”Thomas Sullivan, COME ON DOWN!”  I believe at that moment, time stood still. 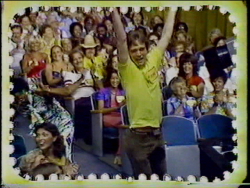 Tom Sullivan COME ON DOWN!! 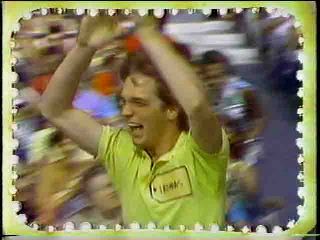 Running to Contestant’s Row on The Price is Right!! 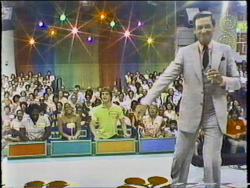 First item up for bids! 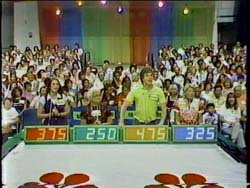 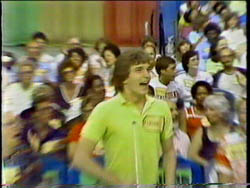 “…and Thomas has won that prize!”

Diane, Holly and Janice began rolling prizes out and I placed my first bid.  I didn’t get close on first item and was closer on the second item.  The third item was a cocktail table and I placed my bid of $475.  I know I am the highest bidder at this point and am looking up at Bob waiting for the reveal!  SCORE!! I’m the winner and up on stage to play a pricing game!!

I played a game called “Take Two” and had to figure out which two prizes totaled $1,706.  Got it right on the second try and won all four!! 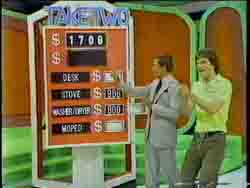 Next up The Showcase Showdown.  I was the top winner in my half of the show so I spun last.  The wheel is HEAVY and I found that out by losing my balance and came up and hit Bob! 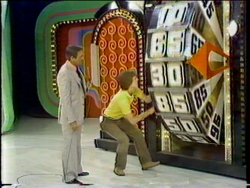 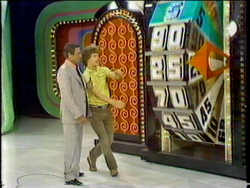 “Boy, that was a wreckless spin Thomas!” Bob cheerfully said.  Gee thanks Bob.  I had to beat .95 cents and
went over by a nickel. All in all it was an amazing day as I walked away with a cocktail table, wood burning stove, desk and chair, moped and washer and dryer! Just under $4,000 in prizes.

I finally won a new car but it wasn’t from The Price is Right.  Story is HERE.