I am one of the biggest fans of Costco.  As a matter of fact I am proud to say I was the very first customer at the Brookhaven Costco when it opened in October of 2010. (AND their first return!!) 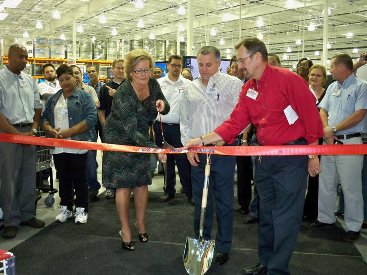 I along with 64 million other Americans have discovered the joys of saving money and finding those unexpected “treasures” (which make up 25% of Costco’s inventory) on any visit to Costco.  Of Costco’s 4,000 items, the biggest selling item is one I bought just yesterday–their own brand of toilet paper!! Kirkland Signature (the name was derived from their hometown of Kirkland, Washington.) 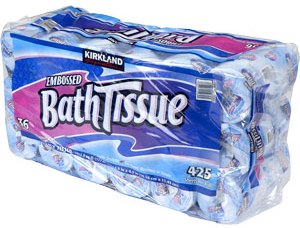 Costco has a testing lab and team that only studies toilet paper.  (what a s%@* job!) Costco also sends a toilet paper squad across country from paper mill to paper mill studying the manufacturing process and other factors like humidity, and temperature which affect the final produced roll.  Who knew?! 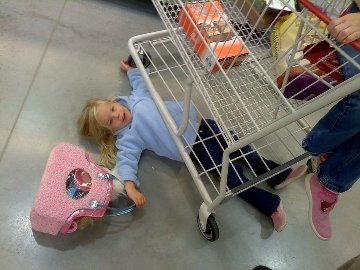 Check the end of aisles for “clearance” items, discontinued and markdowns.   Check those white shelf tags for an item and if you see an asterisk in the top right corner, stock up as that item may be disappearing for a while and not immediately restocked…and know that you’re saving money when you shop Costco because nothing is marked up more than 15%.  The biggest amount of profit is from the membership fees.  90% of members renew and that’s one of the highest in the retail industry. 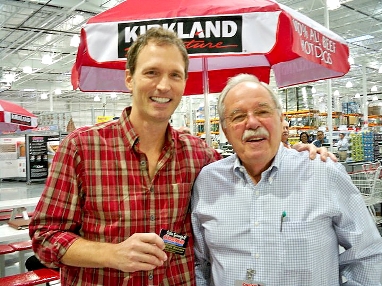 I waited 1 hour to meet the C.E.O. of Costco JIM SINEGAL!

Costco secrets:  An Asterisk next to an item on the shelf price tag means it will not be restocked.   If an item ends in a “7” or “0” is has probably been marked down.  (Most regular prices at Costco end in “9”.)  Buy your electronics at Costco because most come with a 90 day return policy and their concierge service is FREE on most TV’s.   Costco guarantees your 100% satisfaction from membership to products they sell. 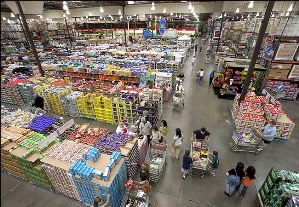