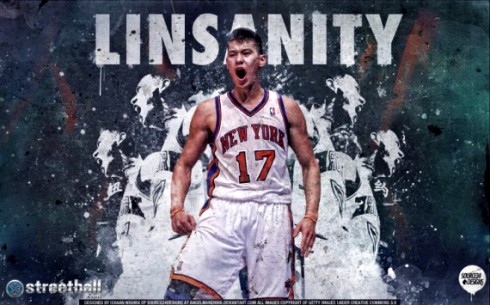 Watching NBA Superstar Jeremy Lin with the N.Y. Knicks rise from bench-warmer to star has been so incredible.  Lin was even cut by two prior teams but  his heart, determination and belief in himself carried him to the top.  Take for instance J.K. Rowling who wrote the successful Harry Potter books.  12 publishers passed on Harry Potter until someone finally said yes.  NFL great Tom Brady was passed on by every NFL team 5 times!!!  Sara Blakely had doors slammed in her face countless times while creating Spanx and now is a Billionaire! I love Sara’s spirit and advice: “every failure is a gift.”  Jennifer Hudson was voted off American Idol way too early coming in at 7th place.  She wasn’t even in the top 5 but look at her now!!

James Watt spent twenty years perfecting the steam engine. William Harvey worked for eight years to demonstrate how blood circulated in the human body, then for another twenty-five years trying to convince the medical establishment. Most of us underestimate the time it takes to achieve anything of lasting value. You’ve got to be willing to pay your dues. Cutting corners is a sign of impatience and poor self-discipline. The secret of every breakthrough is to follow through. Albert Gray says, “The common denominator of all success lies in forming the habit of doing things that failures don’t like to do.” If you find yourself continually giving in to your moods, you need to change your approach to doing things. To do this, you must set standards for yourself that require accountability. Suffering a consequence for not following through will keep you on track like nothing else. Once your new standards are in place, work according to them, not your moods; that will get you going in the right direction. Self-discipline is a quality that’s won only through practice. Successful people have learned to do what doesn’t come naturally. They are willing to confront discomfort, distractions and doubt, and act in spite of them. R. H. Macy, founder of Macy’s department stores, failed at five different professions—whaler, retailer, gold miner, stockbroker, real estate broker—before he finally succeeded. When asked what sustained him through failure after failure he replied, “Purpose and persistence.” That’s what separates those who achieve from those who merely dream! It’s why Paul wrote: “Don’t get discouraged and give up, for we will reap a harvest of blessing at the appropriate time.”

When you’re staring failure in the face, push on.  Like Sara said, it’s another gift!!! Unwrap it and learn from the gift of another life experience.  And if you’re given a chance, take it and prove yourself.  Believe in and manifest your dreams.  Do the “Lincredible.”

Have a dream of singing on television?